The historic Inglewood Mausoleum was built between 1911 and 1915, and was the first community mausoleum constructed in the State of California. One of the main features of this mausoleum is its Tiffany-style stained glass windows,from acclaimed artisan company Judson Studio.

A number of gated, private family rooms grace the halls. These and other marble-front crypts and niches hold some of the area’s early citizens, as well as a number of Civil War Veterans.

We’re proud to unveil four new two-panel scenes of California landscapes that perfectly complement the four existing windows, employing techniques that were impossible back at the turn of the 20th century. For a very limited number of families wishing to honor loved ones most uniquely, a custom memorial plaque can be set next to one of the new windows. View the stained glass > 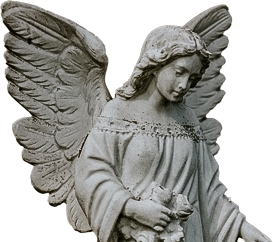